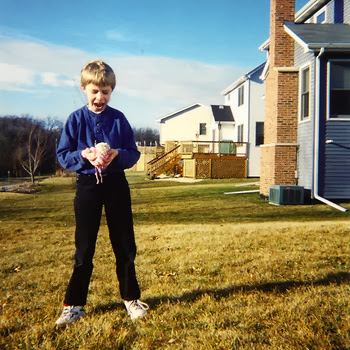 
Been meaning to get to these guys for a couple weeks now. Whatever! Been busy! Anyways, they gave me permission to refer to them as a Donovan Wolfington side project, but they only really share one member so in my eyes Pope really stand on their own. Taking some cues from Dinosaur Jr. and Weezer, Pope play a grunged-out brand of pop rock that, in spurts, reminds me a bit of what LVL UP and Spook Housesare doing. And that’s not bad at all.

The band is taking to the road for an interesting mini tour that hopes to merge music with visual art. Here I’ll just let band member Alex explain it to you:


We are doing a special sort of EP release where we are taking our buddy’s photography on the road to Houston, Nashville, and New Orleans. The idea is that music and photography go hand in hand and hopefully it will provide a more engaging and interesting music release experience.We are doing 50 unique prints for each city, and a selection of those will be up online as well. The first release is in Nashville on November 15th and we are trying to get some write ups and listeners before then to give the shows a little more impact and get more checking out the photos and the music.

Cool, right? Anyways, grab the guys’ EP Known Weed Smoker and then catch them on the road if you can.(Cactus-Mouth)