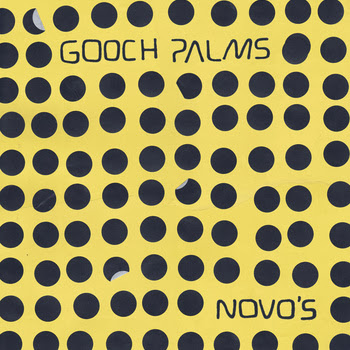 Newcastle slacker-punks The Gooch Palms have unveiled their brand new single NOVO’S today, crafting a scuzzy world of fuzzed out debauchery and an unhealthy amount of good times. The track is shiny like a new revolver and ready to be consumed with its own music video, as the band gear up for the release of their upcoming full-length.
NOVO’S, the title and lead single from the upcoming album has been paired with just the sort of manic footage that can match its own sonic chaos, with scenes from the 1979 Star Hotel riots which rocked Newcastle. The single, along the rest of the album was penned and tracked at Gooch HQ a.k.a Gooch Farm over a 24 hour period before being shipped abroad for mixing by NOBUNNY guitarist Jason Testasecca.
The duo that is Leroy MacQueen & Kat Friend won’t let you hide from their surf-punk wall-of-sound and have announced a run of headlining tour dates for October, including a secret Sydney performance, for which the venue is yet to be announced.  (Mike Hohnen)