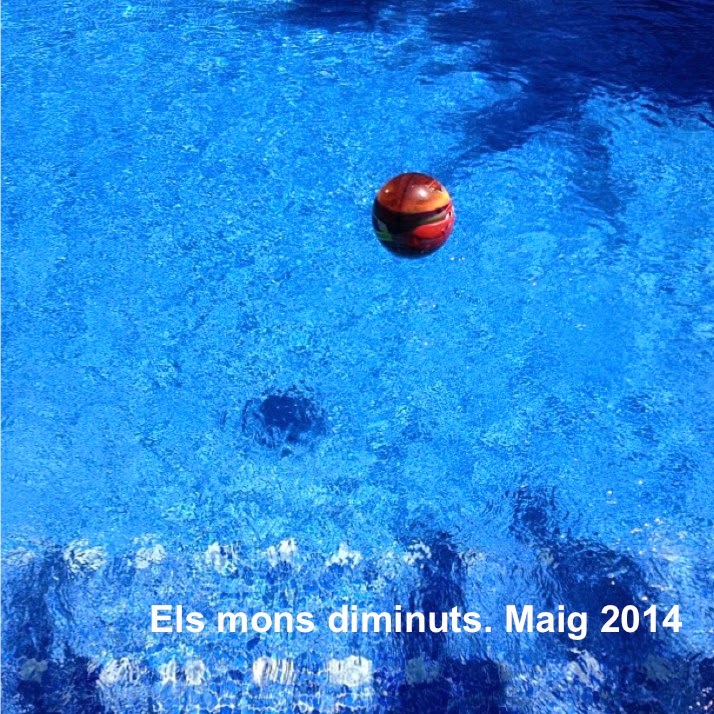 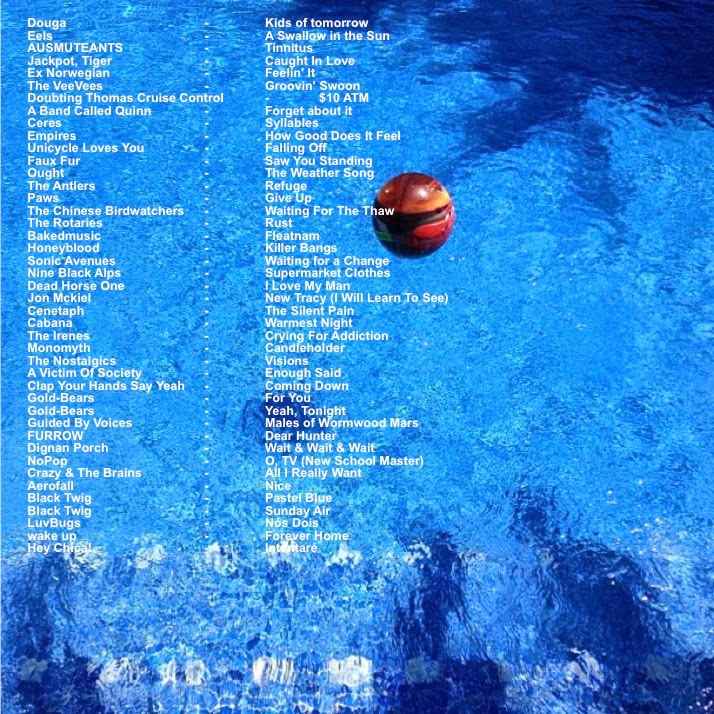 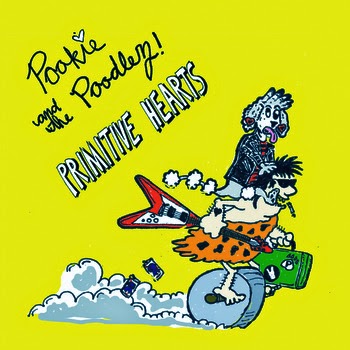 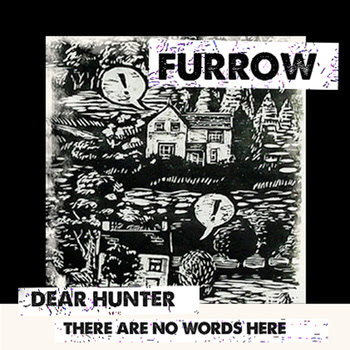 Buried deep in the corner of the internet lies a gleaming gem. I say gleaming, but really it’s a roughly cut, slightly grubby gem (in a good way) and it takes the form of ‘Dear Hunter’ by our new favourite band Furrow. The two piece specialise in creating ultra lo-fi noise pop that’s guaranteed to be the perfect antidote to any lagging house party, a bit like listening to The Fall through a blender full of margarita mix.
‘Dear Hunter’ is a full-on speaker rattler pulsing with jagged, fuzzy bass and window wrecking drums, all wrapped around a gloriously ramshackle pop hook. After numerous self released cassettes, Furrow have just completed a fresh EP, and if ‘Dear Hunter’ is anything to go by, it’s going to be pretty amazing.(Killer Ponytail) 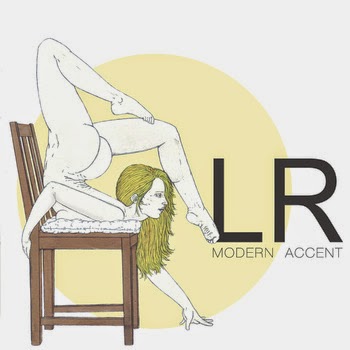 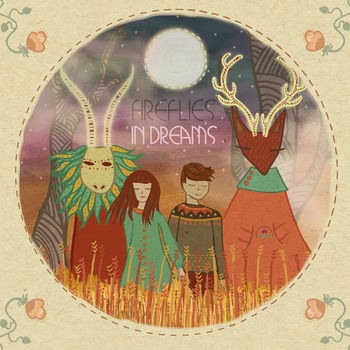 BEACH SLANG.Who Would Ever Want Anything So Broken? 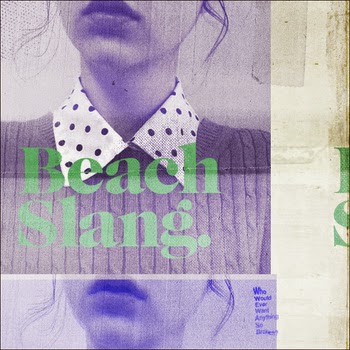 
"These books and bars and this honesty, they're all I've got," James Snyder concedes halfway through "Get Lost", the third of four heartbreakers from Beach Slang's debut EP Who Would Ever Want Anything So Broken? Snyder—a self-admitted "slave to fucking up"—spends most of Broken couching his confessions in a certain romance: "We're just some dumb kids getting wasted and knowing we're alive," he sings on "Kids." When the so-called "accidents, whores, and wrecks" that populate Broken aren't screeching it out with the cops, they're drinking down or snorting up anything they can get ahold of. Yet, when Snyder insists "the kids are still alright," he's onto something.
And Snyder knows a thing or two about "the kids": before Beach Slang, he spent the better part of the last 20 years co-fronting much-loved Bethlehem, Penn., punkers Weston. To a certain stripe of east-coast pop-punk fan, the Philadelphia-based Beach Slang must look something like a supergroup; Snyder's joined by Ex-Friends drummer JP Flexner and NONA bassist Ed McNulty. Between their pop-punk pedigree and their SPF-spackled moniker, you wouldn't be wrong to go into Broken expecting a little sunshine. But Beach Slang's got something stormier on offer: four self-described "sweaty prayers" set to hard-charging drums and heartbleed guitars.
"I watched your palm hug your guitar—it buzzes like a bomb," Snyder remembers most of the way through "Get Lost". There's a careening, about-to-explode urgency of the guitars on Who Would Ever Want Anything So Broken? that's every bit as crucial to these songs' emotional heft as Snyder's lyrics. Everywhere you turn, breathless rhythms crash headlong into blaring, yearning leads, a perfectly outsized complement to the widescreen, fucked-up-and-loving-it sentiments. What this sound lacks in subtlety, it more than makes up in desperation, and that tug between those darting leads and Snyder's whispered-in-your-ear vocalese is electrifying. "I gave you taste, and a spine," Snyder sings on "Filthy Luck". The music drops out just in time for Snyder to stage-whisper his kiss-off: "And I hope you drown." The guitars charge back in a second later, the perfect punctuation to his seething passion.
While it's tempting to try to position the wild-eyed desperation in Beach Slang's music somewhere between the fuckup glory of the Replacements and the finely tuned angst of Jawbreaker, there's a considerably less cred-compatible touchpoint towering above the rest: the Goo Goo Dolls. Believe it or not, the hardscrabble Buffalo rockers turned adult-contempo mainstays are all over Broken; not so much the soggy "Black Ballon"-era ballad-slinging Dolls, but the scrappy pre-"Iris" Goos of "Naked" or "Only One". The longing lead guitars, Snyder's closed-miced confessionals, those everything-is-riding-on-this-moment stakes? Textbook Rzeznik. Despite the current onslaught of 90s revivalism, few bands seemed less primed for cool-kid revivalism than the Goo Goo Dolls. But chasing coolness seems to be just about the last thing on Beach Slang's mind. They're an earnest bunch, and the things they sing about—outsized romances, youthful abandon, feeling pretty good about feeling pretty bad—deserve the kind of big, heartrending, leave-it-all-out-there drama this surging alterna-pop only amplifies. And, between you and me, "Long Way Down" still bangs.
Broken is tantalizingly brief: four songs, 10 minutes, and barely a wasted breath. Still, it's not without its flaws: you'd need to consult the dental records to tell the ripcord melodies of "Filthy Luck" and "Kids" apart, while the limp harmonies that pepper "Get Lost" don't quite generate the same kind of heat as the three songs that surround it. But even when their nuts-and-bolts songwriting concerns falter, their passion rarely does: these songs feel like they bounded out of these guys fully formed, brash and urgent and very much alive. The people in Snyder's songs aren't always so good to themselves, but Snyder's awfully good to them: he celebrates their flaws, toasts their smallest successes, holds back their hair after another rough night. It may stick pretty close to the down-and-out, but Broken's a fairly life-affirming record; these people aren't perfect, but they've got time to figure it out. For now, they're accruing scars, gathering stories, and getting by with a little help from their fucked-up friends.(pitchfork)
Publicado por Damià Boscana en dimecres, de maig 07, 2014 Cap comentari: