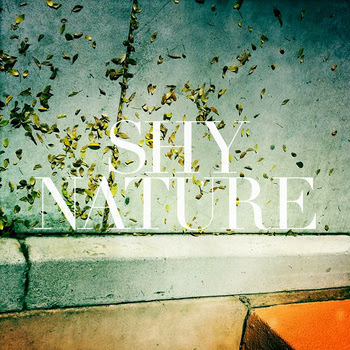 Shy Nature are everything we’ve come to know (and love) about indie-rock bands. Guitar-driven catchy tunes created by four guys who recorded their Shy Nature EP before they’d even done any shows together. Luckily the music they’ve created can’t fail to translate well when playing live.
The first thing that hits you when you listen to opening track Sinking Ship is how confident Shy Nature already are in their sound. Clearly influenced by the likes of the Mystery Jets, the music is breezy, upbeat and features strong guitar hooks too. Combine this with strong beat drops and a catchy keyboard riff and you soon start to see that Shy Nature and doing indie-rock right. It’s not all that light-hearted though – lead singer William‘s voice has a distinctive twang which perfectly communicate the introspective nature of their lyrics. “You’re standing by my sinking ship, watching me as the tide appears, sinking further in” – not only do these guys have something to say, but they’ve found a pleasing way to say it.
The second track, Fine, is slightly less jangly, but confidently continues to cement their sound andWashout sees Will singing about the pressures of succeeding in school. Certainly, there’s a theme: according to the band their music is “centered lyrically around themes of growing up” – and this EP goes a long way to get across that sense of nostalgia. Check out the video for Washout below to see what we mean.
A Thousand Minds is the final track on the EP and it has more of a wandering vibe than the other tracks, but don’t you think that it has no direction. Shy Nature use music breaks to their advantage and the track, as well as the entire EP, is a joy to experience. Not only have they got their sound nailed but the arrangement of the tracks makes it feel like you’re listening to a band who have been around the block rather than relative newcomers to the scene. Everything just feels right: driving drums and catchy riffs are complimented perfectly by Will’s vocals. Our opinion? Great indie-rock which, not that it needs to, can only get better.