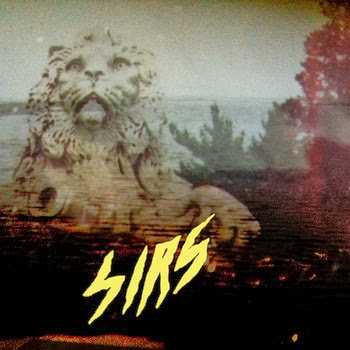 
A cursory statement suggests the band’s final release falls a bit short of last year’s self-titled album. This six-track EP features a fair amount of exploration for Sirs in a fairly short amount of time, but this exploration also means you get less of the desired harshness that sets them apart.
‘Argumentative’ sees the band take a more tame approach to their familiar sound and has a low-fi finish. It is as if Sirs are trying to mediate between the sounds of both self-titled releases, and this works in their favour, assisting with a smooth transition.
‘Imposter’, differs in sound from anything the band has done before. The song has an older feeling rock sound, and almost feels a bit similar to Brit rock. The guitars are higher and cleaner, and the vocal approach is less harsh. ‘To Each His Own’ also gives off a similar vibe.
‘Shellshock’ is definitely a song to look out for. It shows the band at their best, combining both catchy vocals and guitar lines while maintaining the group's signature harshness. The song also seems to be the perfect length among some of the other, rather short, tracks.
The band drifts furthest away from their roots on ‘Coming to Kill Me’. It begins with wavering vocals that have real and honest pain in them. The song is pretty slow and has minimal instrumentation but shows the great diversity Sirs are capable of.

This EP is both a solid and exploratory final release from a great band. It’s a shame Sirs will not be making music together anymore. However, there is no doubt that Sirs have ended things on a good note.(Killyourstereo.com)