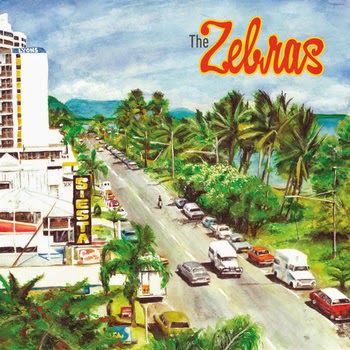 Six years since we last heaped praise on them in a press release, one of our all-time favourite bands The Zebras re-emerge and exhale something that closely resembles a killer album.
Siesta derives its title from the hotel depicted on the album's cover art – a mock postcard from Cairns, the regional Queensland town where The Zebras' founding members grew up and where chief songwriter Jeremy Cole has largely drawn on for inspiration this time 'round.
And though, thematically, this is a set of reflections on a youth misspent soaking up the lazy vibes in the tropical north, musically, Siesta is no lying down matter.
Rich with all the jangle, driving bass and sublime hooks that filled their first two albums and 2008’s New Ways of Risking Our Lives EP, Siesta also heralds a considerable leap ahead in The Zebras’ evolution.
Bassist Edwina Ewins’ vocal is pushed to the fore on many songs, front and centre among the album’s high-gloss production — first single 'Try' is a perfect example of this.
Synth player Katie Geppert, drummer Dave Rose and guitarist Lachlan Franklin (formerly of The Smallgoods) fill out The Zebras circa-2014 line-up; Franklin's track, the cheeky 'High Art' is the band's first to be penned by anyone but Cole since their early-noughties inception, and it is indeed a highlight among many here.
Adding even more fire power, Cole has called on the hyper-pop expertise of Lachlan’s brother, Architecture in Helsinki’s Gus Franklin to preside over the final mixes; the result is an album Cole has always wanted to make but never quite had the nerve. 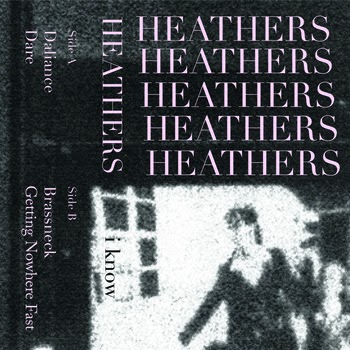 Heathers are releasing the tracks they produced for Part Time Punks as part of their annual John Peel celebration last year over on bandcamp. It’s available as a cassette or digitally with the latter being a free download if ya want. I Know features four Wedding Present covers – well three as Getting Nowhere Fast was originally by Girls At Our Best. It’s a popular song as it has also been covered recently by The Fireworks. 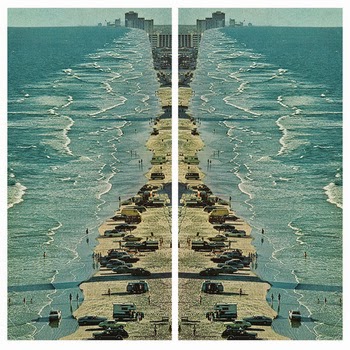 San Francisco quartet Moonbell make faraway and trippy shoegaze with a very distinctive sound, one that makes the act's long-player Afterlives among the most singular dream-pop albums of 2014 to date. Its 11 songs carry copious reverb on nearly every instrument, and the unexpected wandering bass lines and schizophrenic patterns of this record add to its otherworldly nature. Opener "Never Seems" establishes a mood with loping snare work, and the drifting vocals and strings simultaneously disorient and engage. In an especially cool touch at 1:22, the tune transforms from electric to acoustic -- a solid example of the unexpected elements that Moonbell regularly employ. The title track, an album highlight, goes for a more monolithic approach, with punchy, slightly dissonant bass work reminding this reviewer of the colossal "Periscope" from Lilys' masterpiece In The Presence Of Nothing(which, as we wrote last month, may finally be getting the reissue it so dearly deserves). The vocals, while airy, bear the charmingly innocent and slightly out-of-tune feel of shoegaze greats like The Telescopes and early The Brian Jonestown Massacre -- a welcome revival of the style. Afterlives was released April 1 on the band's own Hypnogram imprint in a limited edition of 100 cassettes and as a digital download; purchase it right here. The entire set may be streamed via the embed below, and a new EP comprised of music recorded during the same sessions as Afterlives is slated for release this summer, according to this interview. Moonbell, which formed in 2010, previously released a digital single "The Golden Hour" and two EPs, Figurine and Parallel, all of which are available as free downloads via Moonbell's Bandcamp yert right here. The two EPs were packaged together for a CD release in 2012. But particularly based on the strength of its newest material, Moonbell's unusual blend of styles and sounds makes it a band to watch. Watch we will. -- Edward Charlton 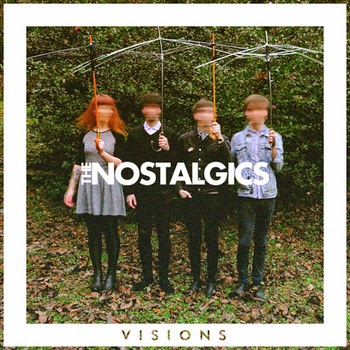 For fans of: Yoko & The Oh No’s, Young Buffalo, The Thermals.

Chicago-based trio The Irenes have just released their new EP, and it’s fantastic! The EP kicks off with “Crying For Addiction,” a reflective track riddled with a stand-out bassline and steady percussion. Frontman Max Loebman waxes lyrical about things he dislikes about himself, moaning, “I am restless, I am senseless…in the depths of my mind.” As the song gets it’s groove, the outlook improves, with Loebman crooning hopefully, “I’m a loser, honey, loser…and I will make it out alright…” Next up is “Fortress of Solitude,” a dark track that embraces the blues, speaking of being “numb down to the bone” and being trapped inside an imprisoned mind.

Following “Fortress of Solitude” is the EP’s title track, “James Baxter.” Easily one of the most complex songs on the album, “James Baxter” entangles intricate melodies with complex, layered guitars and heavy reverb. The EP wraps up with “Rabbit Holes,” which starts off as raw and simplistic before diving into a heavier, nearly du-wop-esque tune. Loebman speaks of his worries about losing himself in a new relationship, crooning on about a “femme fatale” who enraptures his heart. It’s the perfect semi-quirky track to a solid album, and we can’t WAIT to hear more! 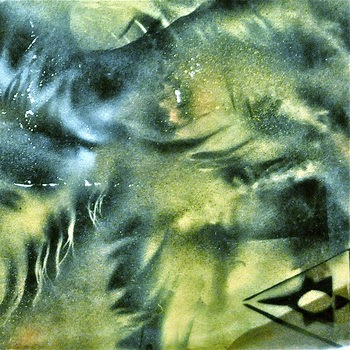 This latest EP from Leeds based singer/songwriter Joshua McCarthy, AKA Soulmates Never Die is a truly awe inspiring collection of wonderful songs. Opening track Kyss Kyss sets the tone for the record with a great guitar line that really dives the song along at an excellent pace. The upbeat melodies of the sublime Boku-Maru can’t help but put a smile on your face as well as being one of the stand out moments on this fantastic EP. The emotive God Bless Rabo Karabekian! is followed up the great lo-fi track Two Lovers Tussling Tenderly Between Two Trees, which drawsNothing Hurt, Everything Was Beautiful to a fine conclusion.
Matt Hill 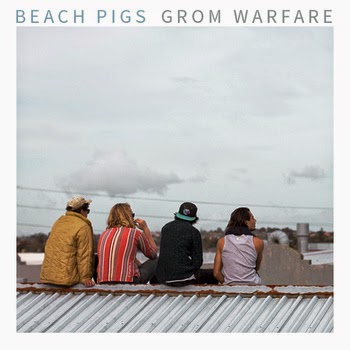 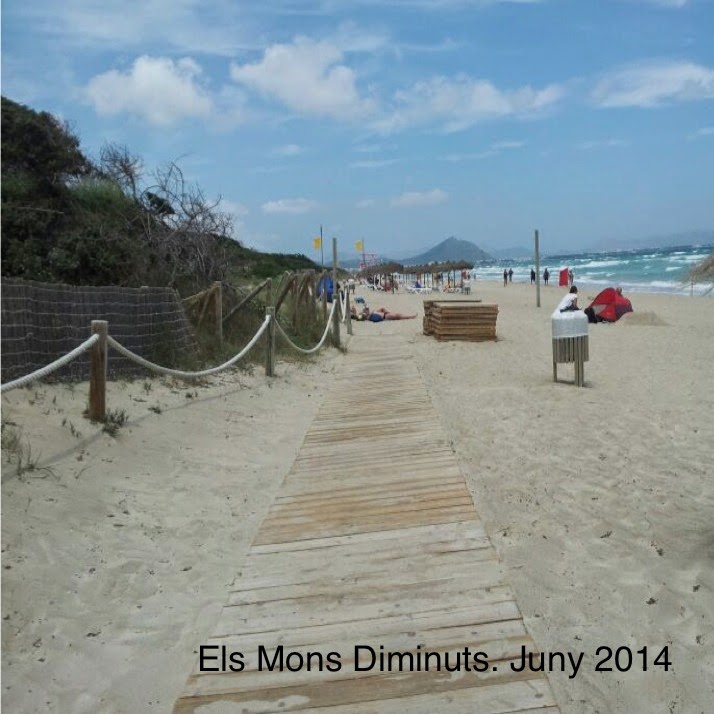 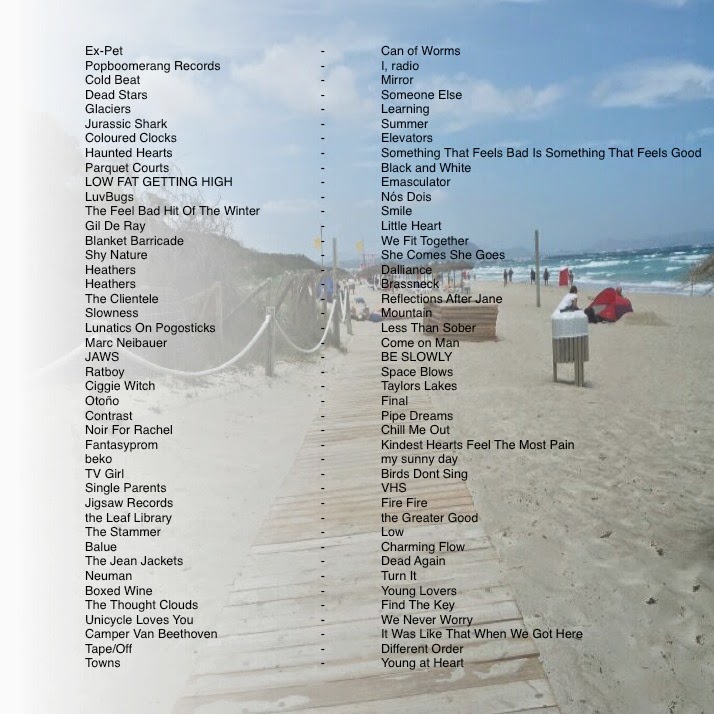