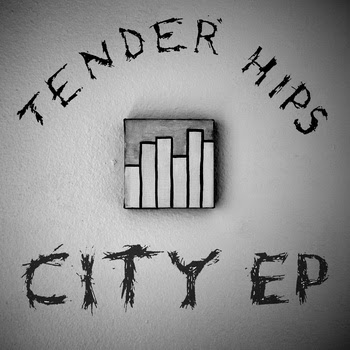 
On the surface their sound is relatively simple, consisting of wild, guitar-centric rock-and-roll with infectiously danceable shout-choruses; however, Tender Hips also have an aura of bright-eyed, unbridled conviction that, to me, makes them as akin to Vancouver’s Japandroids as to Dude York.


Personally, I can’t remember the last time I heard a more impassioned statement-of-purpose than the record's title track, “City”, which contains all of the above nuances plus a killer sax solo by Levi Gillis. Lines like, “I’m coming to your city, so batten down the hatches/Aint got no fire but a pocket full of matches” and “I can’t tell you my future, but right now that don’t matter” are both a credo and a warning from the young band and the message comes across loud and clear: Tender Hips have arrived.