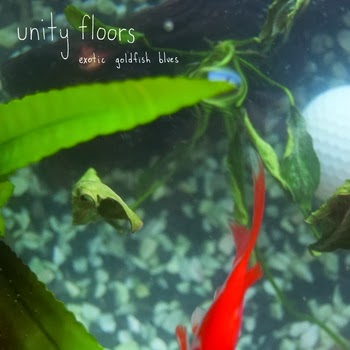 Formed in 2010, long standing buddies Gus Hunt and Henry Gosling began making music as a means of passing the time and having something to do on a an otherwise dreary Wednesday night. Bonding over a similar appreciation of 80s/90s music, the boys played their first show as Unity Floors in late 2010.

Recorded sporadically over a few months in various locations including studios, their bedrooms and random hallways, EGB captures the carefree ethos of the band's musicianship; one that is fundamentally an extension of their own friendship and everyday lives.

A combination of introspective headier numbers and exuberant rollicking rock tracks, vocalist Gus Hunt delves into topics as disparate as forlorn romances and petty theft. Whilst the album still parades the enchanting blind optimism of earlier Unity Floors recordings, a sense of apprehension and maturity can be heard as Gus sings, "You better run for your life, you better settle down."

No ode to any particular band, genre or era 'Exotic Goldfish Blues' is Unity Floors' long awaited debut LP and is the product of two guys simply writing songs and playing scrappy rock music in their lounge room.