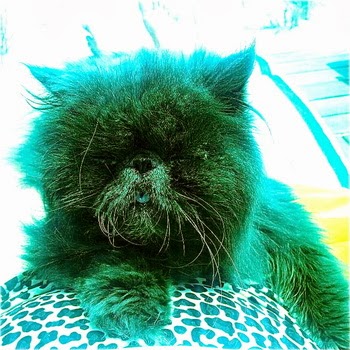 Sharkmuffin, a brash and noisy trio from Brooklyn, are streaming their latest EP 1097. The 7 inch was recently released on Dazzleships Records and features four songs of ambitious garage punk.
These women aren’t messing around and draw from some pretty interesting influences. The first track, “Foul Play,” is a psychedelic go-go rocker that sounds like Butthole Surfers and The B-52s met up for a sweaty garage jam. Following that is single “Quarter Machine,” which is a fuzzy and fast pounder that is definitely reminiscent of 90s sweater crowd bands like The Breeders with a main riff that could have been on Bleach.
Then, breaking whatever tone had been set by the A side, comes “TEN TEN”. L7 wishes they could’ve gotten that noisy and out of control. Then, rounding out the EP is “Soft Landing,” which slows down the tempo and ends things with a distorted and climactic bang. It’s not often that I write a piece on a band after only one or two listens but these songs made me jump to my keyboard to make sure you loyal readers had a chance to get into this awesome band. (For The Love Of Punk)