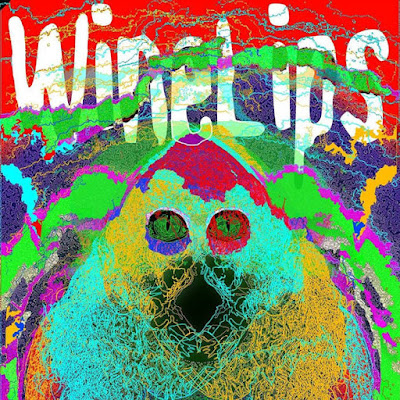 The first track off of the EP, “Slaves” begins with a brief ambient intro before quickly exploding into an unbelievably energetic opening riff that captures the listener’s attention and refuses to let it go. The short track isn’t even two minutes long, but it’s still quite the journey. This song is a burst of in-your-face energy, and urges the listener to fully embrace the chaotic nature of Wine Lips’ unique type of rock.

“Out of Control” takes it a bit slower, with a moderately paced intro that establishes itself as the recurring theme throughout the track. While the song is highly repetitive, it remains interesting with edgy, yet expressive vocals that guide the listener through the music. Marked accents on the off beats of every chorus and the introduction of new themes tie it all together to further draw the listener in. A short instrumental interlude before the final repetition of the chorus features a subtle bass line underneath a psychedelic guitar solo, then picks it back up to the original theme of the music.

The EP moves into “Dead Beat,” which similarly to “Slaves” is a quick burst of excitement. With its fast-paced guitar solos between the verses, unrelenting high tempos, and shouted vocals this number is reminiscent of the essence of classic punk rock and is sure to be a crowd pleaser at their next live show.

The final track, “The Shakes” ends the EP on a high note with its catchy chorus and upbeat rhythms. Opening with a funky bass line, the song quickly builds into the verse which establishes the lively theme of the song right away. Keeping up the repetitive nature of the rest of the EP, the song subtly introduces brief solos and overtones that naturally fit into the music, and display Wine Lips’ creativity with their musicality. Another one that is sure to be a crowd pleaser, this song will easily get you singing along and dancing like a maniac.