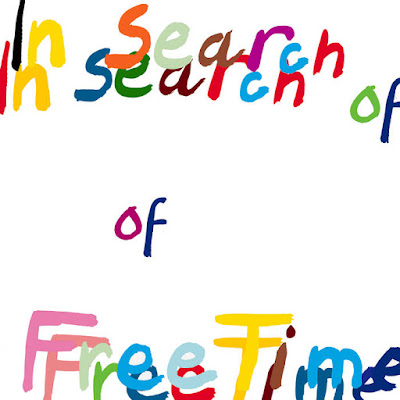 Recorded over a long span and in two different continents, Brooklyn and Australia, Free Time's second album, In Search of Free Time, betrays none of the lack of focus one might expect from a fractured process. Although the first half was made with Jarvis Taveniere and the second half with a band including guys from Twerps, Totally Mild, and Terrible Truths, the record is a tightly focused blast of jangle pop that's just as impressive as their debut. Dion Nania's songs are a little hookier this time out, slightly sharper, and with the guitars jangling more and the lead lines slashing more. His voice sounds a bit more assured, too, cutting through the guitars in restrained, everyman fashion and getting a little sassy now and then (like on the album highlight "Genius of the Revolution") The overall mix is nice too, with everything blended just right without a huge reliance on effects and the occasional keyboard to add some dimension to the sound. To go with the bouncy, mostly brief indie pop tunes, they also take a long, winding trip out past the nine-minute mark on the epic "5th Floor," which adds horns to the mix and builds and builds to a noisy, crashing climax. It may be the only real surprise on the record, but the band isn't out to do anything radical. Their relaxed charms and gentle quirks make for easy listening, and Nania's songs and persona are very comfortable, all of which means that like the band's debut In Search of Free Time is a very enjoyable listen.(allmusic.com)