SETTING SUN. Be Here When You Get There 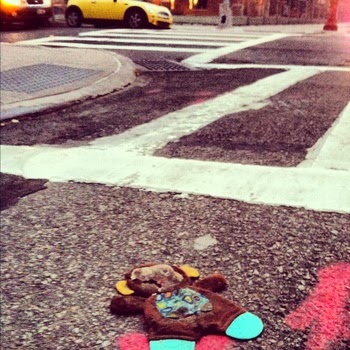 
It's been over a decade now since singer-songwriter Gary Levitt embarked on hisSetting Sun project; a band led by his songcraft with a rotating line-up of musicians contributing to the tracks. In that time many contemporaries have come and gone, and even more bands have followed the particular musical route that Levitt and his changing compatriots have trodden. New album 'Be Here When You Get There' is rightly described as a "crossover between indie-rock, folk and chamber pop music". There is no defining characteristic (with the possible exception of the vocals that Levitt provides) and the ten tracks here wander smoothly through the musical landscapes described, always competent and good quality, but never quite outstanding.
This isn't to say that 'Be Here When You Get There' isn't a good album, it is. What is needed to take this to the next level are a couple of undisputed killer songs that will lodge in your cranium and remain there. There are times when Setting Sun come close: 'Week Long Nights' is a very fine indie-rock track with hushed vocals and just a hint of Dinosaur Jr without the rich guitar layers; 'Got It Made' is another song of note and also recalls the US alt-rock scene of the 1990s, as does the semi-acoustic rock of 'Idiot'. There's nothing here that would have been better left off the album, in fact none of these songs are anything less than good, but none are quite outstanding enough to break into the big time, although there's nothing to suggest that was ever part of the plan.
'Be Here When You Get There' will most certainly have its fans, but these will largely be made up of people who tend to stick to this particular form of US alt-rock; you suspect that widespread appeal will escape Setting Sun for now, and that's despite the certain level of diversity. 'Leave A Light On' for example, is upbeat, catchy and makes for decent single material, but you doubt that those who worship at the altars of Arcade Fire, The National or even the aforementioned Dinosaur Jr will be changing allegiances any time soon. Instead they're likely to hear the maudlin, string-laden 'Seasons', the pretty 'Dream Next Door' or the country-tinged 'Selfish Love' which mixes things up nicely, almost bringing to mind Neil Young at some points, and give a deserved nod of approval. An album to be investigated and enjoyed, but one that just falls short of being truly cherished.(The Sound Of Confusion)