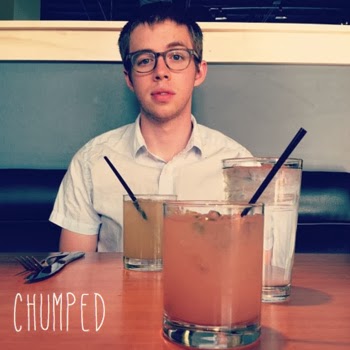 
Chumped knock out songs that are in an indie-pop-punk kind of vein, occasionally offering up some similarities to the mighty Lemuria although without sounding as if they’re trying to follow the exact trail that that mighty trio blazes. On the whole the songs are catchy, punchy and benefit from lyrics that are emotional without requiring a box of tissues to mop up floods of tears, however, they do manage to touch the sometimes cold and cynical heart of this old man!
That being said all of the songs are generally upbeat because there’s never that awkward maudlin moment, where the band feels the need to add some awfully contrived and badly written acoustic/slow song to show that they have emotions – Chumped are able to convey that without resorting to such pointless tangents and “Let Him Lie” is a prime example of their abilities in that respect.
The Lemuria comparison is heard most clearly on a trio of tracks “Union Square”, “Something About Lemons” and “Dear Emily Dickinson” both in terms of song structures, guitar sound and also the vocals of Anika Pyle, and this is a big part of what really make Chumped stand out to my ears. It might seem like a lazy evaluation of Chumped, but it’s difficult to listen to this without having that initial opinion though on future plays this does fade to a point where it becomes all about Chumped.
This is quite an impressive debut and if I had produced a list of my top ten favourite singles/EPs in 2013, this would have been on it with ease and would point potential fans to the track “Eleanor” as a first port of call. The vinyl version of this is a one-sided 12” which only the crazy postal rates from the US to the UK prevent me from getting hold of at the moment.( punknews.org)