KID WAVE. All I Want / Brimstone 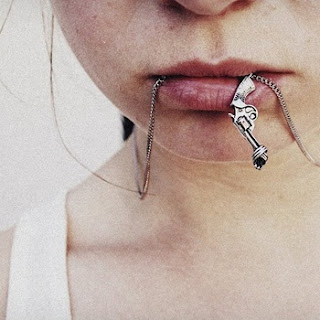 Basically, 1990s brought us two rock n’ roll queens: PJ Harvey and Courtney Love. Both were quite different and took seperate ways when the end of the nineties came around. But they had a rage and an energy that, unfortunately, no one can find in any of female current rock artists. I guess I prefer honest crazy witches like a totally fucked up Courtney Love -even if she has turned pathetic those last ten years- than the much too smart and thoughtfull Lady Gaga attitude.
Zau Glück is a band I mentionned several times in Absolut Noise. They have never played it smart. They are just kids who do simple melodic grungy verse/chorus/verse rock music. Lea Koch-Emmery played in it (her sister Linn is actually the singer of Zau Glück) and just launched a new project called Kid Wave, based in the UK. It is brand brand new: her two debut songs have been out today, available for streaming on Bandcamp. Do not expect any clever stuff. No will to reinvent the wheel. Just plain rock music, with simple lyrics and a sound half way between the first PJ Harvey noises and the Courtney Love stuff.
I am pretty sure most of smart ass bloggers would not pay any interest in those tunes. Pitchfork would hate them too. Coz yeah, this is “just” regular rock music. But, I cannot help liking it, getting into the sound righ away, playing the tunes all over and over again… well, you know what, I am much more into that than in any boring Animal Collective or mister you-are-so-fucking-calm-and-depressed Bon Iver. (absolutnoise.com)