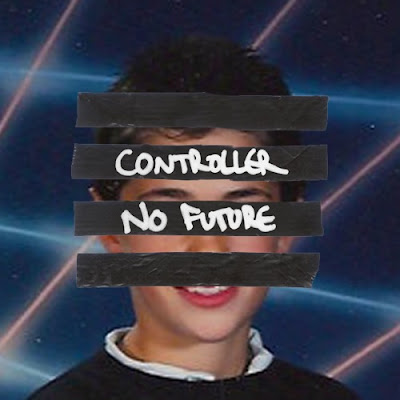 Back before the band could afford amps in the early 2000s, lead vocalist Jonathan Bellinger and guitarist Josh Shabtai played acoustic freak folk behind the paper thin walls of an East Village apartment. After a decade the group expanded to include Brian Dell on bass, Kyle Monson on synth and Keith Gordon on drums, morphing into the electrified pop punk outfit, Controller.
They released three addictive tracks in 2012 as their debut, self-titled EP, and today we bring you a the first single of their follow-up: the title track from their second and forthcoming EP, No Future.
Bellinger describes the track: "On the surface, the song is a murder ballad, like 'Folsom Prison Blues,' but it's really about the kind of reality distortion field that can start rotting your mind when you spend a lot of time in a relationship with someone (a girlfriend, a parent, a friend) who's really negative and unstable. Certain crazy people tend to bring out the crazy in the people around them, and this song is about letting that consume you until you feel insane yourself.”
by Rachael Roth