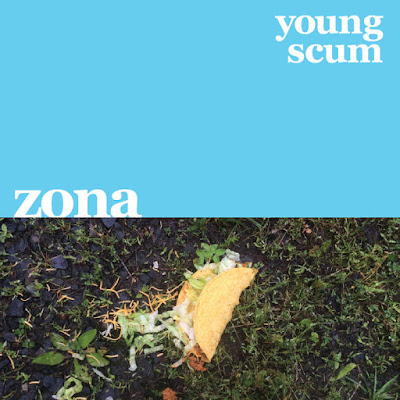 Young Scum are just one of those bands that have burst onto the scene fully formed and good to go, unlike so many bands that take years to find their voice the indie rockers from Richmond, VA have mastered their craft the very first time of asking. It’s the kind of music that American bands do so exceptionally well. Exuding memories of lazy hot summers, time spent with friends and growing up, there’s no question that If You Say That has the essence of a track that’s going to represent a Polaroid of your life at some point down the line. Even if it’s just a snap shot of that house party, where you passed out on the basement floor.

Going all out for guitar bliss, the Virginia based jangle architects are letting their lilting-pop melodies and fuzzy riffs lay all of the foundations when it comes to their music making methodology. Forever lulling you into a false sense of security If You Say That starts off as a melodically twee indie-pop song, meandering it’s way through verse section after verse section, utilising lush guitar tones and reverb along the way. As the seconds fall by the wayside, the genre quickly shifts us with the howls of a crunching but yet charismatic crescendo, not reminiscent of the jangle-pop of old we are all too familiar with.

Young Scum aren’t without there influences, striving for greatness they draw inspiration from bands such as Teenage Fan Club and The Smiths which helps them to retain those 90’s inspired indie-rock characteristics we all admire so much. The best news is that there is much more to come from the River City four piece as they get hyped for the release of their five track debut EP Zona (an abbreviation of Arizona iced tea) via Citrus City Records. Zona’s tracks are said to be full to the brim with 20-something angst. A record about hating your shitty boss, missing your old friends (at least who they used to be) and hoping that eating tacos will ease all of the pain.