THE CHAMBERMAIDS. Whatever Happened Tomorrow 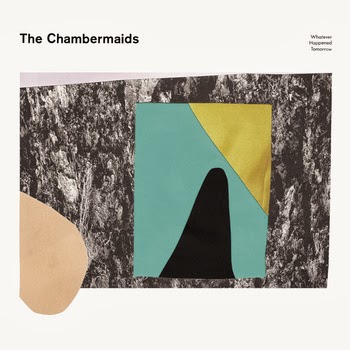 by John Foy
It’s seems like only great bands come from Minneapolis.  The Chambermaids are no exception to this rule. The group was started by the brother-sister duo Neil and Martha Weir.  Their latest release, Whatever Happened Tomorrow, is the band’s first in four years and was recorded at Neil Weir’s own Old Blackberry Way studio.
The band creates an atmosphere of emotions through thick sounds of distortion and hypnotic guitar riffs on the new album. Over the years there have been personnel changes in the band.  The current lineup consists of Neil Weir(guitar), Martha Weir (bass), Nate Nelson (guitar) and Alex Rose (drums).
Fans of shoegaze and indie rock are going to love this album. The smoky vocals provided by the siblings will leave you in a melancholy haze.  You can hear the influence of bands like My Bloody Valentine, Sonic Youth, The Jesus and Mary Chain and Ride in their music.  Key tracks are “Whirlpool,” “Whatever Happened Tomorrow,” “Electric Sky,” and “China Blue.” (Speaker Creatures)