THE MITES. Spur of the Summer 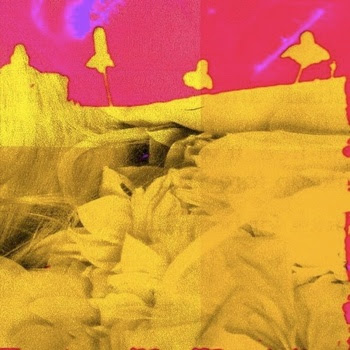 And we thought we were overdoing it with the references to summer recently. It has, following a long and distinctly dull spring, finally arrived, and The Mites are offering up a soundtrack to it, and it's a soundtrack that we'll treasure. The group is based around yet another happy couple, something which almost seems a prerequisite for indie music at the moment, and are situated in Texas, getting some of their finest musician friends to record these songs wherever and whenever they could. In their own words "in bedrooms, living rooms, front yards and backyards", these DIY sounds were made by any means available. The result is classic sounding indie that will remind you of the late '80s and early '90s, to records you grew up listening to and bands you'd forgotten you owned stuff by.

Most classic sounding of all is 'Slightly Removed', a song that has all the hallmarks you'd expect. It barely requires description if you've read the first paragraph. 'Strike Of The Mind' has a British feel and will bring to mind C86 yet again, but they've got the sound bang on. These are no Anglophiles though, and on 'Marjorie's Injury' it's the US alt-rock scene, and 4AD in particular that's recalled in the Breeders-like fuzz rock. Imitation? Yeah a bit, but again it's done perfectly. It's interesting to note that another review quoted in their press release compares The Mites to The Muffs, surely one of the biggest unsung heroes of fuzzy indie/alternative music, and you can hear then in this song too. 'On And On (With You)' is dreamier, with the vocals back in the mix and a wall of gentle distortion making up the entire song. They're picking their influences well and doing them justice, something they prove on the sweetly lo-fi closing track 'Soma Holiday'. Warm weather often brings out mites, but these Mites are ones we're glad to have. http://thesoundofconfusionblog.blogspot.com.es