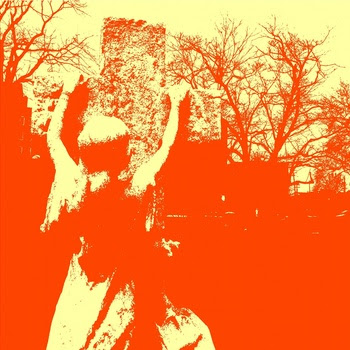 We're not the first ones to notice that the opening few bars of this track from New Jersey group Exwife have a bit of Nirvana to them, but that's about it as far as comparisons to that group go. You could say that the throat-shredding vocal screams of the chorus bear a resemblance too, but really 'Rituals' is closer in style to shoegaze. These guys first formed as a duo in 2009 before going on a short break, then returning to release a couple of singles and now, after recruiting a permenant bassist, Exwife have just released their debut album, 'New Colors'.

Guitarist Nick Bolton produced and engineered the album which was recorded this February, so it's very much an in-house affair, with just a little outside help with the mastering. 'Rituals', following that rumbling start and adds swathes of guitar that are closer to the British alternative scene of the early '90s than the US one. However, as the song progresses through this melodic opening section, it gradually becomes more raw as the vocals are pushed forward, but it always remains fluid and shows a band that never give less than 100%. As a brief introduction, 'Rituals' suggests that the album will suit anyone who likes their rock music to be fuzzy, alternative and passionate.http://thesoundofconfusionblog.blogspot.com.es