THE STAMMER. The Stammer Ep 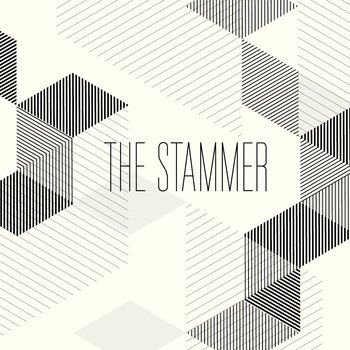 
With it’s fuzz and driving percussion, “Follow The Leader” by The Stammer exercises it’s demons with a cacophony of guitars and a sincere amount of background feedback. The Philadelphia three piece is quite effective at delving and diving between the brash rock exuberance of “Follow The Leader” and the slow, more thoughtful jaunt “Lonely Son”.
Brian Brotman’s voice is right at home on the lead track; the vocals and instrumentation surround each other effortlessly, as if the band is just jamming it out in the garage of some warehouse district. If “Follow The Leader” was 18 year old you, then “Same Lines” is the 24 year old version. You haven’t quite given up or given in and you’ve still got some of that edge, but time and experience have forced you to clean it up a bit. “Same Lines” finds Brotman more forceful with the vocals, clamoring distortion traded in for sparkling guitar work and a steady percussion backdrop that has me torn inside. I honestly don’t know which track I love more.
The Stammer EP, their first release, is also packed with two slightly more subdued tracks. “The Last Time” and “Lonely Son” – they both feature more shimmering guitars and more introspective vocal delivery.  Of the two, I feel like “The Last Time” is the more tightly crafted – “Lonely Son” is the most ambitious of the four track EP, and while it doesn’t exactly hit a home run, it’s at least a ground rule double. (Sirens of decay)