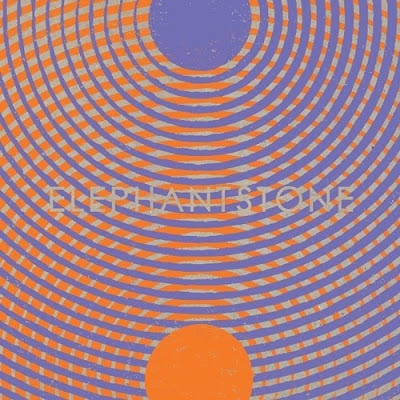 Turning points often come when you least expect them. Rishi Dhir encountered one in November.

The frontman, bassist, sitar player and songwriter behind Elephant Stone was sitting with the sound man for the Black Angels in Melbourne, Australia, the first stop of the touring Harvest Festival. The two were watching Beck perform his anthemic classic Loser.

Dhir was on the road with the Black Angels, with whom he sometimes collaborates, and was not playing with his regular band. As Beck delighted the crowd with his biggest hit, Dhir turned to his companion and said, “This needs sitar.” But instead of letting the thought subside as a passing one, he made a declaration. “By Sydney, I’m going to be playing sitar with Beck,” Dhir said.

Sydney was only a week away.

A friend in another band, which had once supported Beck, hooked Dhir up with Beck’s tour manager and an introduction was arranged the next day. After a five-minute conversation, Dhir remembered, Beck said: “OK, see you on stage.”

Even without a rehearsal, the Sydney performance of Loser, with sitar, went like a charm. When his set was over, Beck asked Dhir whether he could play again the next night — the festival closer — in Brisbane. This time, however, it would be a different selection: Soldier Jane. Dhir, who was unfamiliar with the song, learned it that night.

“That experience showed me anything is possible,” Dhir said during a recent interview at the Gazette offices. “I’m just this guy from Montreal, and all of a sudden I’m on stage with Beck in Australia.”

More than once during our conversation, Dhir, a friendly man with an easy laugh, referred to this new-found positivity as a self-fulfilling prophecy. “If I say it’s not going to happen, it’s not going to happen. If I believe something will happen, there’s a better chance of it happening. It’s part of how I’m approaching Elephant Stone: Maybe we can,” he said.

These thoughts are what have pushed Dhir, 35, to kick it up a notch with a band that he started slowly, almost reluctantly, as a vehicle for his songwriting, after he left the High Dials in 2006.

“I wanted to see if I had anything to say,” he recalled of the group’s inception. “Being a musician can be a very shallow, hollow existence to some people. That’s what it became for me. I didn’t feel like I was giving anything to the world. I wasn’t being true to myself.”

At that point, Dhir was keener on settling down and having a family than getting back on the road with a new band. But positive reaction to Elephant Stone’s 2009 debut, The Seven Seas, and the album’s subsequent Polaris Music Prize nomination changed things.

The addition of guitarist Gabriel Lambert in 2010 made the project even more of a bona fide unit, Dhir said. “I felt I had someone to bounce ideas off. It wasn’t just me anymore,” he said. “Others believed in this music and we were willing to pay our dues. And pay our dues we have. We’ve done a lot in the past two years.”

A stellar self-titled sophomore disc will be available Feb. 5, and Dhir and band have engaged a team to turn up the heat on the new release: the label and management combo of Hidden Pony and Upper Management will, in conjunction with booking agent High Road Touring, help get the word out and put the band in the right venues.

With Dhir on the road promoting the new album for much of this year, another person facing the new challenge will be his wife, Kirsty. The two have been a couple for 16 years and they have two children: Meera, 3, and 1-year-old Ishaan. “It’s not easy, the life I’ve chosen,” Dhir said. “Kirsty’s really supportive, but it’s hard.”

The group’s delicate musical balancing act, which happily celebrates vintage and contemporary psychedelic rock while keeping an eye on opportunities to incorporate Indian instrumentation and Eastern drones, can be traced not only to the moment Dhir heard pioneering fusion tracks like the Beatles’ Norwegian Wood and the Rolling Stones’ Paint It, Black, but farther back — to his childhood.

“With Indian people, music is a given,” Dhir said. Both his parents are from Punjab, and immigrated to Canada in 1969. His mother, Asha, is a great singer, he said, and he remembers her and his father, Ashok, recreating musical scenes from Bollywood movies at family functions and parties.

“What always ends up happening is, the dholki (hand drum) comes out, and all the women get together and start playing it, and they’re always singing old Bollywood songs,” Dhir said. “I was always exposed to that, and Indian classical music is so deeply entwined with it. I guess my parents gave me, inadvertently, the Eastern, Bollywood Hindustani training and my brother gave me the rock ’n’ roll training.”

Dhir’s brother, Anurag, four years older, exposed his willing 8-year-old sibling to the Beatles, the Doors and, most significantly, the Who. Tommy, Dhir said, was the album that struck the most mind-expanding chord with him.

“For the longest time, the Who was my group,” he said.

His affection for punk-era Who disciples like the Jam, post-pop rockers like Teenage Fanclub and Britpop revivalists like Blur, when he was in his early 20s, led Dhir back to the Small Faces, pre-Tommy Who and Motown.

For a time, he even went through a purist phase, acknowledging only the Who’s early, mod-era output. In 2000, he had fully bought into the mod esthetic and even purchased a 1976 Lambretta scooter, he said. “I’ve been rebuilding it since I bought it,” he said, laughing. “I rode it once. Maybe when I’m retired, I’ll be like an old mod.”

Dhir said he still thinks about both the psychedelic pioneers and their progeny when he approaches songwriting. His group, after all, is named after a 1988 song by the Stone Roses (although there is also a nod in there to Ganesha, the Hindu god of new beginnings, with his elephant head).

Drawing from a four-decade thread of pop, rock and psychedelia that also includes the Pixies and Soundgarden, Dhir said he finds himself equally comfortable with a jangly hook and a one-chord assault. “It all gets shaken in the bag,” he said. “I try to make records like my record collection.”


Contemporary psychedelic bands like Tame Impala, Animal Collective and Dirty Projectors have adopted the same approach and put the genre back on the radar. Maybe this is, as Dhir suggested, the perfect time for Elephant Stone to realize that self-fulfilling prophecy.
By Bernard Perusse, Gazette music columnist