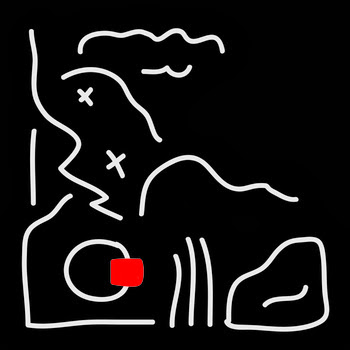 Things (in this case artists) come and go so quickly when running a music blog that occasionally (okay, often!) I completely forget about an artist before being totally blindsided when they’ve just released a new EP or LP. In a way, it’s very awesome because it breaks up the interminable wait for new music. In other ways I feel bad, because sometimes I find the new work late…or not at all.

I didn’t find the new EP from Indian Rebound too late – it dropped on July 22nd, but I was pleasantly surprised to find it there at all. I’ll go on record and say that Los Flamingos is a great (though intriguing) effort by the Brooklyn band, though I suppose I was as surprised by the content as I was to find out that there was a new EP at all.

Unfortunately, my initial view of Los Flamingos was colored by misplaced expectations – I thought “Bowery Brats” was the style of Indian Rebound, when it appears they are more firmly rooted in bluesy rock with some psychedelic undertones. Los Flamingos is a slow burner for a solitary night by a bonfire. Your friends are gone, your lady is away or non-existent, and all you’ve got left is some beer, some flames, and your thoughts.

As I recall from my time researching this trio previously, most of their music before “Bowery Brats” had absolutely disappeared off the face of the internet. That’s pretty strange for this day and age, but it goes a step further in solidifying my view that Indian Rebound didn’t set me up – I set myself up. I had previously compared the band to Arctic Monkeys, but it turns out they are more akin to Miles Kane. He crafts beautiful music too, it’s just not as immediately catchy and infectious as his mate Alex Turner’s band. It’s a little more thoughtful, a little deeper. That’s the Indian Rebound that I’ve found on Los Flamingos.

Expectations re-aligned, there are some tracks I love on this EP. “Those Flamingos” is beautiful and lonesome, a sub two minute interlude that stands out as being one of the better tracks I’ve heard this month. “One Of The Few” slots in as the poppiest track on Los Flamingos (along with being the album opener), igniting the album with a blues infused strut that never really leaves. The other standout for me is “So Strange”, which fuels the Wirral, England comparisons for this intrepid blogger. While not my favorite, “So Strange” may be the best track on the entire EP. It’s entirely hard to describe, but the craft put into this single track seems a cut above.

If you enjoy Miles Kane or other artists like him, you won’t want to miss this EP. Indian Rebound have a very similar approach. For a band you’ve likely never heard of, they are just as well polished. (Sirens of Decay)